Yesterday Xbox announced the Xbox 360 Special Edition 4GB Kinect Family Bundle. This limited edition bundle includes a glossy white Xbox 360 4GB console, glossy white Kinect sensor, white Xbox 360 wireless controller and a copy of two of the most popular Kinect tiles: Kinect Sports and Kinect Adventures as well as a three month subscription to Xbox LIVE Gold and will be available while supplies last for US $ 299.99.

In addition, a special edition White Xbox 360 wireless controller will be available for purchase separately for US $49.99 and available with the bundle.

Both the controller and the white Bundle began shipping yesterday to retailers in the US & around the world, and will be available in Europe and Brazil in the next few months.

As soon as we get a word on the release for Europe we will be sure to update you! 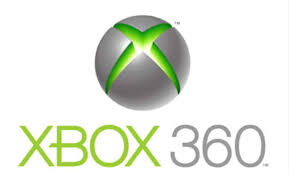 If your new to gaming or as a parent choosing a console for your child, choosing the right one can be a very frustrating time. Here in this section IVG will give you the knowledge to choose the right Xbox for you and your family.

There are many Xbox 360’s around and whether you decide to buy a brand new console or a pre-owned one is always the first choice you will have to undertake. Many Pre-owned Xbox 360’s will have had various runs checked to make sure they are in good working order and havent been tampered with (not so much the pre-owned 360 ‘S’ models). Buying a pre-owned Arcade, Pro or Elite can come with there own issues, such as the disc reader being on its way out, overheating and the dreaded RROD (red ring of death) – more on that later.

The Xbox 360 core was an entry level 360 which was later replaced with the Arcade model.

The Xbox 360 Pro (sometimes referred to as Premium and packaged as simply Xbox 360 with the subheading “Go Pro”) included all the features of the Xbox 360 Arcade and included a hybrid composite and component cable with optional optical out instead of a composite cable. This model also included a detachable Hard Disk Drive (initially 20 GB, while later models had 60 GB) to store downloaded content, provide compatibility with original Xbox games, and store game data.

The Xbox 360 Elite included a 120 GB hard drive and a matte black finish. The Elite retail package also included a controller and headset that match the system’s black finish. Holiday 2008 consoles were bundled with Lego Indiana Jones: The Original Adventures and Kung Fu Panda. The Elite’s price tag was cut from $449 to $399 on September 4, 2008. With the announcement of the new Xbox 360 250 GB model, the Elite dropped in price to US$249.99 for remaining units until stocks were exhausted.

The Xbox 360 Elite has also been configured with a 250 GB hard disk drive and 2 wireless controllers on special limited editions of the console. Also referred to as the Xbox 360 Super Elite, the console retailed at US$399.99, GB£249.99 and A$599.00 as of November 10, 2009. A Call of Duty: Modern Warfare 2 bundle included a special limited edition black console featuring Modern Warfare 2 branding. Other bundles included a standard Elite finish and either the game Forza Motorsport 3[ or both Halo 3 and Halo 3: ODST. On March 9, 2010, alongside the release of Final Fantasy XIII, Microsoft released another 250 GB bundle with the same extras as the Modern Warfare bundle except bundled with the Final Fantasy XIII game. Unlike other Super Elites, this console and its accessories featured a the same white color scheme as “Pro” models. This bundle also included exclusive downloadable items for use with Xbox 360 avatars and a specially branded 250 GB hard drive. In April 2010, a Splinter Cell: Conviction Super Elite bundle featuring special print on the console and the same extras as the other bundles was released along side the Splinter Cell: Conviction game

Technically designated the Xbox 360 S and marketed simply as the Xbox 360; current Xbox 360 consoles are based around a redesign of the Xbox 360 hardware which was officially announced on June 14, 2010 during a press briefing prior to that year’s E3.

It was speculated that a complete redesign of the Xbox 360 hardware was being produced after pictures of a possible new motherboard design surfaced on March 17, 2010. Ads later surfaced on June 13, 2010 showing a slimmer Xbox 360 design, which was expected to include a 250 GB hard drive and integrated Wi-Fi functionality.

The 360 S is both smaller and quieter than the previous versions of the Xbox 360. They also feature five standard USB 2.0 ports (two more than previous models) and an additional custom USB port for use with peripherals such as the Kinect sensor. Unlike older models, 2.4 GHz 802.11 b/g/n Wi-Fi and a TOSLINK S/PDIF optical audio connector are also built-in, allowing for digital audio and wireless networking without the need for external adapters. The Memory Unit slots found on previous consoles have been removed in favor of the USB flash drive solution added in a previous system software update (released on April 6, 2010) and the power and DVD drive eject ‘buttons’ are touch sensitive rather than the physical buttons found on previous models. The external hard disk drive connector has also been swapped for an internal bay for use with a proprietary hard drive. The hard drive bay is designed such that a specially formatted laptop hard drive may be loaded in. It has been noted that users can also open up the casing of the original model’s hard drive and simply load it into the drive bay instead of purchasing a hard drive branded for use with the new model. Other notable hardware changes include the use of one larger fan compared to the previous Xbox 360 models (which used two smaller ones) and the design of the vents, which are similar to those used on the original Xbox. Unlike previous generations of the console which had names to distinguish different SKUs, the new models are to be marketed solely by the amount of included storage, in a similar fashion to current models of its main competitor the PlayStation 3. When the first new models began to ship, remaining stock of the Elite package dropped in price to US$249.99 or A$349 and the Arcade dropped to US$149.99.

So now you know the different variants of Xbox 360, you will be able to determine which of them will best suit you.

There are many Limited Edition Consoles, here are a few new and old for your viewing pleaseure!

Available the same day “Resident Evil 5” ships to store shelves, Friday, March 13, Xbox 360 fans will be able to pick up the bundle featuring an exclusive red Xbox 360.
Fans will enjoy the same premium Xbox 360 Elite experience at an even greater value with a copy of “Resident Evil 5,” matching Limited Edition red Wireless Controller, black Xbox 360 Headset, a 120 GB Hard Drive, exclusive premium “Resident Evil 5” theme (download via Xbox LIVE) and much more all included for the price of $399 (ERP).  Supplies are very limited, so “Resident Evil” fans will want to pre-order theirs today.
With the release of “Resident Evil 5” and the special edition red console, the game has found a new home on Xbox 360. The new two-player cooperative experience in “Resident Evil 5” is a perfect fit for Xbox LIVE [Xbox LIVE Gold Membership required]. With 17 million members and growing, Xbox LIVE connects “Resident Evil” fans and their new red Xbox 360 consoles to their friends on the couch or across the globe. To further provide a taste of the full entertainment experience available on Xbox LIVE, fans will also receive a bonus card to download the hit Xbox LIVE Arcade title from Capcom, “Super Street Fighter® ll Turbo HD Remix.”

This Special Edition of Xbox 360 was produced in 500 units, but none of them was available for the open public. Another weird decision from Microsoft, however, the GTA IV Xbox 360 Special Edition console popped-up on various re-seller websites and gamers paid big money to get one of these. The Xbox 360 bundle came with a briefcase (literally) loaded with peripherals, the great thing about this edition was that it consisted of an Elite system. Unfortunately, I didn’t find any bundles available for sale now so I’m guessing that the users are pretty satisfied with it so we have to congratulate them for their choice.

OK I have to say that I rather hate this Xbox 360 Special Edition. Why? Because there are only 300 units and because they were given away during a special “300″ movie screen at Comic-con.

The 300 Xbox 360 was an Elite version of the console and I think many people got rich by selling it therefore they aren’t worthy Xbox fans! If you are a proud possesor of the 300 Xbox 360 Special Edition, I would be very happy to know how it works!

The console will play unmistakable Call of Duty sounds when powering up; presumably in a similar way to Microsoft’s recently announce Star Wars console that played sounds from the Sci-Fi movie.

What is likely to be a must-have for Call of Duty fans, it includes a customised console with graphics from the game, along with two custom wireless controllers, a 320GB hard drive, and a copy of Call of Duty: Modern Warfare 3.

Gamers will also get a 1-month Xbox LIVE Gold subscription, as well as exclusive avatar items that show your Xbox LIVE friends.

At 320GB, the console has the largest hard drive ever available for Xbox 360.

The way you would have had a chance at this Limited Edition Xbox 360 was through drawings that took place between July 18 2007 and July 27 2007. Names were drawn randomly each day in the “10 Days and 10 Chances to Win” sweepstakes.

Out of 100 Simpsons Xbox 360′s, 95 were distributed in the US, while the other 5 were given out in Europe. The auction here is for the PAL version. With already one bidder at $1,900, I’m curious if there will be any last second bids just because of how rare this Simpsons console is.