Eurogamer Expo, the UK’s biggest and best gaming festival, is pleased to announce that GAME will be the retail sponsor for this year’s show. The Eurogamer Expo will be returning to London’s Earls Court from 27th-30th September 2012 and is expected to welcome over 50,000 gamers.

GAME will sell games at the show and offer special deals organised with leading publishers who are exhibiting during the Expo. Rupert Loman, Managing Director of Eurogamer, said: “We’re delighted to have a retail sponsor of GAME’s stature associated with the Expo. Their huge marketing reach should help bring the Eurogamer Expo to the attention of more gamers than ever before.” END_OF_DOCUMENT_TOKEN_TO_BE_REPLACED

From the 4th July through to the end of August, get the chance to see Assassin’s Creed III gameplay at your local store!

The in-store demo will give you a look at the game in action as our new Assassin explores the dynamic city of Boston, tracks down a Templar target in the vast wilderness of the Frontier and takes to the high seas in the largest, and most ambitious, Assassin’s Creed to date.

END_OF_DOCUMENT_TOKEN_TO_BE_REPLACED

Have you ever wanted to stab some dudes in the neck and then climb through trees afterwards?  Assassin’s Creed III will allow you to do exactly that and then some!  Yesterday at Ubisoft’s E3 press conference we got a glimpse of some solid gameplay from ACIII.  Our protagonist, Connor, is caught running through a winter in 1776 in New England chasing after some deer.  Soon after he takes down a buck, he’s encircled by wolves that are rather…angry looking.  I would be too if someone just stole my dinner.  After dealing with the hungry and angry wolves, he talks to some colonists and takes on his mission to do, well what else do assassins do?  The gameplay trailer shows some really neat new moves for getting around the environment, such as now being able to climb through trees.  Some of the combat moves look pretty vicious as well, you’ll see what I mean by watching the following trailer.

If you don’t have the time to watch the full 14 minutes, the cinematic trailer shows the basic concepts mentioned earlier only without the extra gameplay footage.

Assassin’s Creed III will launch on October 30th of this year in North America and on the 31st to our European friends.

So Assassin’s Creed 3 hasn’t been kept much of a secret by Ubisoft and they certainly haven’t been shy to dull down any further installments to the already popular title.

Recently, Ubisoft CEO Yves Guillemot confirmed that Assassin’s Creed 3 is already in the works and should be launching on to consoles on 30th October 2012 in the States, no word yet on an EU date unfortunately which gives us plenty of time to find out more as to whats going to be delivered to us this fall.

There is alot of speculation and rumors going around about Assassin’s Creed 3 so here is what we have heard and what we know.

In an Assassin’s Creed Revelations interview Amancio explained, “We decided in this opus of the franchise to actually give the players a lot of the answers that they’ve sort of been thirsting for ever since AC II.”

“A lot of things were set up with Minerva, with Juno, a lot of the details about the end of the world plotline in 2012 – as we’re getting closer and closer to the actual 2012 marker, the franchise is also concluding its major opus. So this game is sort of where we’re setting all the record straight.”

The aim of Revelations was to tie off any loose ends with Ezio Auditore and Altair while setting the scene for the next installment, while keeping the story of a massive catastrophic disaster looming in the background.

In an interview Assassin’s Creed Revelations creative director Alexandre Amancio confirmed that Assassin’s Creed 3 “Will be about another character.” But as of yet no details on “who” the new mystery character have been officially confirmed or leaked although this does mean that the next title could push us into  another time period or country through out Desmond’s ancestry. Back to Subject 16’s wall puzzles I think! 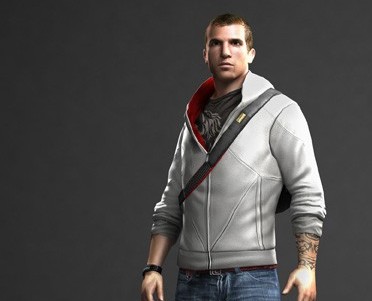