This past Thursday Microsoft launched a new app from one of Europe’s sports networks.  It will allow Xbox 360 users to watch numerous events that are live as well as those on-demand.  Available in 20 European countries and in the 13 languages, you will be able to watch events such as the Moto GP Championships, UEFA European Championships, and even the IAAF World Championships.

As a promotional offer, if you pick up a 12 month Xbox LIVE subscription from your local GAME store, you will also be given a three month subscription to Eurosports.

Another new App appear on the Xbox, this time in the form of Machinima and is available in all Xbox LIVE regions. So if you are a fan, go grab it an watch on your HD TV 🙂

END_OF_DOCUMENT_TOKEN_TO_BE_REPLACED

MLB.TV Gets an Update in the U.K.

Do you live in the UK, but have a fascination for the American past-time sport of baseball?  You’ll be happy to know that the MLB.TV app on Xbox LIVE is getting a small makeover! END_OF_DOCUMENT_TOKEN_TO_BE_REPLACED

Xbox announced two exciting new app updates for Xbox LIVE including a new Pay-as-you-go option for Sky Sports on Now TV and a brand new app from the popular GameTrailers.

From today, Sky’s Now TV app on Xbox LIVE will give users the chance to enjoy the best live sport on a simple pay-as-you-go basis. With no contract, set-up costs or installation, NOW TV offers a new and flexible way to access great live sport.  For just £9.99, Xbox LIVE Gold members can get unlimited 24-hour access to all six Sky Sports channels. END_OF_DOCUMENT_TOKEN_TO_BE_REPLACED

Yesterday Microsoft announced that March is receiving two new additions in its entertainment value.  The first is a UK exclusive with the premiere of the new indie comedy movie Pulp.  Pulp will be available to millions of Xbox LIVE users in the UK over the Xbox Video app at the same time the movie debuts in the UK.  A brief synopsis of the movie is included below:

Infinite Finity. Thunder Racers. Rat Warriors. Junk Comics’s library of titles has been referred to as the ‘worst material printed since Mein Kampf’.  Tony Leary, the nice-guy owner of Junk Comics, is gearing up for one last roll of the dice. His new superhero title, The Sodomizer, launches at the British International Comic Show, and nothing will stop Tony from making it a success. Nothing except a gang of Geordie criminals who are using another comic company to launder their dirty money. Tony is drafted by the police to identify the culprits and bring them to justice.  Aided by his trusty geek sidekicks, Rick and Keith, Tony must defy the odds if he is to become a real life hero.

Pulp will be available to UK Xbox LIVE subscribers that have access to the Xbox Video app when the movie is released.  As of now, the price for this movie over the app has yet to be determined.  We will keep you informed if we receive word as to its pricing; and this is also a UK exclusive.

END_OF_DOCUMENT_TOKEN_TO_BE_REPLACED 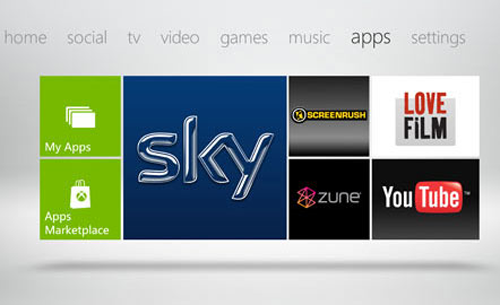 Full List Of Xbox 360 Apps Coming To The UK

Between now and the spring of 2013, They are committed to launching the following entertainment experiences on Xbox LIVE:

END_OF_DOCUMENT_TOKEN_TO_BE_REPLACED

Between now and the spring of 2013, They are committed to launching the following entertainment experiences on Xbox LIVE: END_OF_DOCUMENT_TOKEN_TO_BE_REPLACED

Full List Of Xbox 360 Apps Coming to USA/CAN & Others

Between now and the spring of 2013, They are committed to launching the following entertainment experiences on Xbox LIVE: END_OF_DOCUMENT_TOKEN_TO_BE_REPLACED

Voice Studio No Longer US only

The free social app Voice Studio is a tool where you can help Xbox® improve Kinect™ speech recognition — and get rewarded for it and is no longer just US only, although still not available in all regions but it is confirmed that countries in Europe are able to download the app (Netherlands,Germany, Norway, France, Sweden, UK and Austria have all been confirmed to access the app as well as a few non-european countries like New Zealand, Australia, Canada and Singapore)

The app is only available via the Xbox dashboard so no trying to log on to Xbox.com to hoping to find a download button, because it’s not there.

To download Voice Studio, scroll to the Social tab of the Xbox dashboard and select Social Apps. Voice Studio will be one of the options there although according to some statements, some people are reporting that the app is not appearing on the dashboard and that you will have to search for it through Bing. You MUST have Kinect to be able to use this app other wise you’ll be shouting and yelling at the tv all day on a non-challenging game, and we wouldnt want that!

The Voice Studio requests players to read multiple sets of preset phrases covering sports teams, films, TV shows, celebrities and common Xbox commands. There are several hundred phrases in total spread over eight tracks, but if you need an incentive to keep you going through all the phrases then dont worry, Microsoft has provide some Gamerscore for your efforts, worth 50G and the four avatar awards.. Say the phrases shown on the screen and earn Gamerscore points, achievements, and avatar items. Plus, take pride in knowing you had a part in making Kinect even better in the future.