Posted by multijirachi on October 25, 2013
Posted in: News. Leave a comment 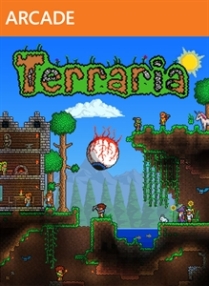 What do you get when you take classic 16 Bit graphics, Minecraft and an RPG? Terraria of course! This fun twist on the Block Building genre may at first appear to be a clear cut Minecraft clone, but as you dig yourself deeper into the game, you’ll soon realize just how immersive Terraria really is.

Gameplay for Terraria is both a simple yet complex. When you first load up the game, you will encounter a friendly guide who will take you through the gameplay basics. The controls are easy to grasp, and you’ll soon be off adventuring in no time. As you explore, you’ll find chests, ores and monsters along your way. Dig, Fight and Explore to find the best gear, and as you progress through the game even better gear will become available to you. As you pick up the gear however, the inventory system will leave you scratching your head. While a bit difficult at first, you’ll soon learn how to use it to its full potential and be collecting items along your way. But Terraria isn’t all about finding loot underground. As you progress, you will encounter items that summon bosses, extremely hard enemies. While they’d spawn at night randomly, they are most commonly fought with these summoners. Don’t run head on into these boss fights though; without the proper gear you’ll soon see yourself dying repeatedly until the morning light. 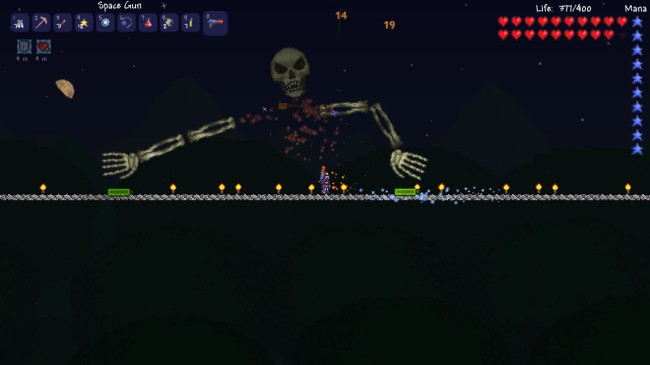 Beating these bosses will give you better equipment, and soon you’ll have chests bursting with loot and a pocket full of gold. One of the most interesting features of Terraria is the NPC housing system. Wherever you set up your dwelling, you can construct additional rooms of a satisfactory height and width to allow NPC’s to move in. You’ll need some furniture and light to get them in the room, but once you do, they are an invaluable asset to you. You use these NPC’s to buy ammo for your guns, more magic spells or clothing and other misc. items. They all have a use, and if you’re missing one, you can be assured they are important.

One of the most vital gameplay features of terraria is its building system. While difficult to control on the Xbox (Unless you switch your cursor mode), it is a powerful tool to grasp, allowing you to set up traps, spawn health, and create your perfect dream house. With a huge variety of blocks available to you, as well as large selection of furniture, the possibilities are endless.

Terraria is one of those rare titles which uses the 16 bit art style, but uses it well. The graphics are gorgeous, and the contrasting light affects between the sunny daytime to the pitch black night are astounding. Characters are crisp and sharp, particle effects are beautiful and the bunnies in the grass are astounding. You’ll learn to love these graphics almost instantly, and love them with a passion. The developers have spent many an hour crafting each and every item (Of which there are thousands), to make every weapon unique. Terraria is a game which will leave your eyes begging for more. It’s just that good.

Terraria isn’t all about the Graphics however. Terraria wouldn’t have half of its charm without its breath taking music. Every track is unique and fits the particular area, for instance while you soak up the sun on the surface along at a cheery daytime tune, you’ll be dungeon crawling deep underground along to a melancholy melody. The music is superb, and each track is well crafted and seamlessly switches whenever you enter a new area, or the time of day changes.

You will find this same level of detail right down to the enemy sounds. Each enemy has a unique sound to go along with them, from the clinking of bones from a skeleton to the hungry growls of a werewolf. Each and every enemy is unique by sound, and you’ll be able to tell exactly what you’re up against just by sound alone.

Overall, terraria is quite possibly the best indie game of the decade. With immersive gameplay, quirky graphics which will leave you smiling and crying as you play, and music to die for, you’d be hard pressed to find a game better than Terraria. Terraria can be purchased on Steam for US$10, or on Xbox 360 Live Arcade for US$15. 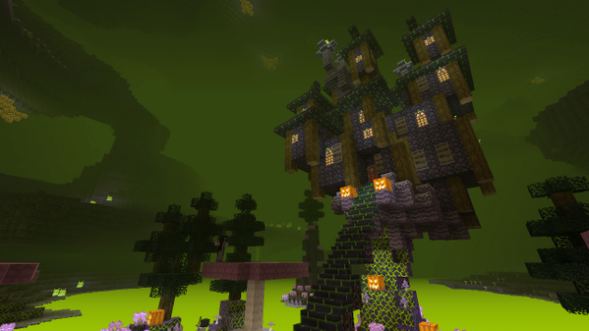 Get ready Minecraft Fans, because today 4J Studios have released the new Halloween texture pack! This pack contains all the ghosts and ghoul themed goodness you’d expect, and changes the very way you will play Minecraft! From new sky colors to revamped enemies, you’ll have a blast putting this texture pack on next time you play!

Terraria 1.2 (PC) gets even more goodies

A few weeks ago, Terraria, one of the biggest indie games of 2011, recived a huge content update in the form of update 1.2. This update changed almost every aspect of the game, and has left Terraria players bathing in hundreds of hours of content. But Andrew “Redigit” Spinks isn’t through with Terraria yet. Instead, “Redigit” has launched te new Halloween update for Terraria. In a similiar vein as the Christmas holiday event seen in update 1.1, this update allows all enemies to drop “Goodie Bags” when killed, which contain rare items and blocks. Monsters now wear costumes, NPC’s sell new items, and certain new events have been added for your enjoyment. This update isn’t all about new content however. This update also fixes many key flaws with 1.2.

The update is avalible through Steam when you try to launch the game, and shouldn’t take more than a few minutes to download. 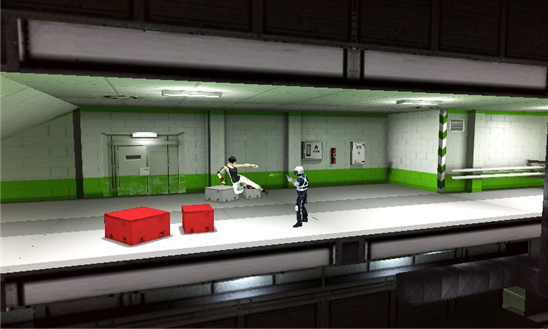 This week sees the great little game of Mirror’s Edge from EA go on sale once again so you have another chance to pick this up for a bargain.

ENTER THE WORLD OF MIRROR’S EDGE
Immerse yourself in the world of Faith Connors – an underground “Runner” who must bolt into action to stop a deadly threat in a “perfect society” full of sinister surveillance and relentless pursuers.

ONCE YOU BECOME A RUNNER, THERE’S NO LOOKING BACK
Run up walls, slide down ramps, ride zip lines, and hurdle between rooftops as you burn through 14 levels of increasing intensity. Think fast on your feet, engage in furious hand-to-hand combat, elude your enemies, and push yourself to the very edge.

CHALLENGE YOUR FRIENDS
Upload your best scores to the Xbox Live Leaderboards so your Xbox Live friends can compete against you.

EXPERIENCE THE VISUAL POWER
Absorb the breathtaking graphics as you pound through a stunning cityscape flooded with realistic sounds, a pulsating soundtrack, and dynamic camera angles. You’ve never seen or felt a game quite like this.

Earlier this week Electronic Arts and Respawn Entertainment announced that the much hyped Titanfall will be releasing in March.  The exact street dates are March 11th in North America, March 13th in mainland Europe, and March 14th in the UK.  Titanfall will be available on Xbox One, Xbox 360 and PC.

In addition to the announcing the release date, EA and Respawn also unveiled a Collector’s Edition which will drop at the same time.  The collector’s edition will come with an 18″ hand crafted Atlas Titan and an LED lit diorama.  It will also include an art book containing more than 190 pages worth of concept art, and a full size poster detailing the schematics of the Atlas Titan.

The collector’s edition of Titanfall will retail for $249.99 and is available for pre-order right now.  It will release alongside the standard edition of the game on March 11th in North America, March 13th for mainland Europe and March 14th for the UK.

Today Microsoft have confirmed that the Games with Gold promotion will now be extended indefinitely. Great news for all those Xbox fans that like to get a little something for free.

Previously the program was due to end on December 31st, but now you can keep on enjoying. 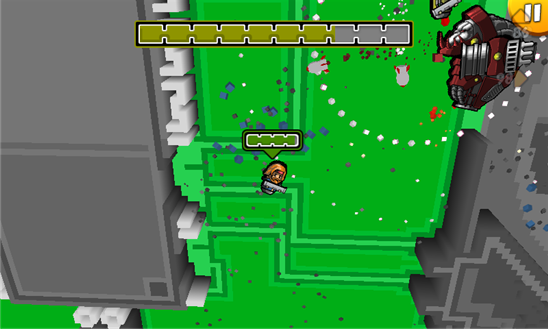 This week we see one of the original launch titles for Windows Phone going on sale. A great little fun shooter that is well worth the asking price.

Strap on your bazooka soldier, and get ready for the new and improved mobile version of the awesome action-packed side-view shooter Rocket Riot™. In this highly stylized eight-bit era style game, blast your way through the environment against the strangest enemies you will ever encounter. Navigate through a completely destructible environment, uncover special power-ups, or even burrow into different areas of the map. The map regenerates, keeping the action fast-paced, but time doesn’t heal all wounds.